Monty and Roy Chisholm researching Clifford documents in MadeiraIn my biographical study of William and Lucy Clifford I described how John Collier, their loyal friend and renowned painter accompanied William and Lucy to Funchal in their last desperate attempt to find a cure for Williams respiratory problems in the warmth of Madeira.  Collier took his sketchbook with him and did several paintings of the locality ( including the one shown below) from the garden of the unnamed hotel where they were staying. Just as John Collier was finishing the painting William must have popped his head out of his bedroom window. Collier quickly altered his painting to include this last image of his dear dying friend.Among the Clifford papers I had found no record of where they stayed in Funchal but hoped that, when I visited in 1995 I would find some local records to complete my research. However I found that fire had destroyed many official city records and nothing was recorded about the Clifford's visit or William sickness and death.I walked the streets of Funchal with the painting in my hand hoping to recognize the building. Eventually I looked at the mountains in the background of the painting and realized that Collier, expert painter that he was, would have given accurate landscape detail.By lining up the hills and the buildings I eventually found myself standing outside an embroidery factory . I went inside and talked to the owner who told me that the building had originally been a hotel - the original 'Miles Hotel.' We later unearthed some long lost shipping records which recorded that the Clifford party with William carried on a stretcher, had been taken straight from the harbour landing stage to this hotel.I was disappointed that my publishers ofSuch Silver Currents did not succeed in reproducing a clear copy of the Collier painting and that this very poignantlast image of William Kingdon Clifford is almost invisible in the book.Sadly I see that, even here, it is difficult to discern William's head looking out from the left upstairs window. 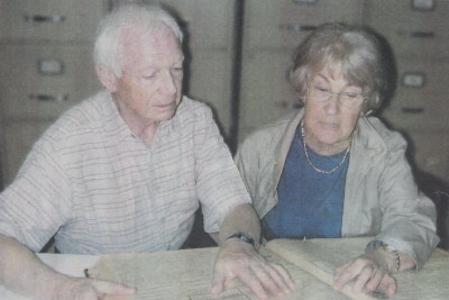 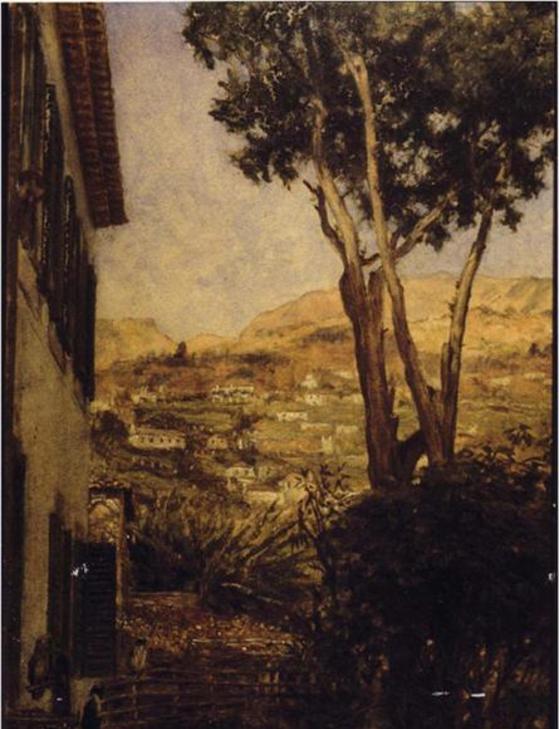